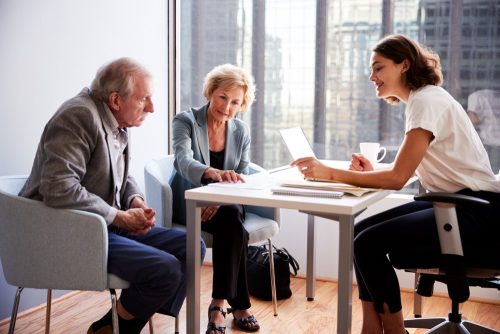 In 2017, the federal government increased estate tax exclusions in the Tax Cuts and Jobs Act, from $5.49 million to $11.2 million per person. It will expire by December 31, 2025. Meanwhile, if you happen to be living in one of 17 states (or the District of Columbia), it is possible that your estate, inheritance (or both) may be federally taxed.

Do you reside in Iowa, Kentucky, Nebraska, New Jersey, or Pennsylvania? Then you will only be paying an inheritance tax. This is a tax on the amount you inherit as a beneficiary of the estate. If you call Maryland your home, you’ll find yourself paying both an inheritance tax and an estate tax.

If you live in one of the eleven states that only require an estate tax, you’ll be paying those state taxes even while avoiding the federal estate tax. This currently includes these states:

If you live in one of the remaining states you don’t need to concern yourself with the federal estate tax. In 2022, this rules out up to $12.06 million for individuals as well as $24.12 million for married couples for the 2021 tax year.

So what exactly is an estate tax? It is a payment levied on a deceased person’s estate before any assets are turned over to their estate’s heirs. In effect, this amount is paid on the overall value of the estate and is based on how much is distributed to each beneficiary.

Check out this map to see your state’s rates.

Inheritance Tax Rates
-Nebraska comes in with the highest top rate at 18 percent.
-Maryland has the lowest top rate of 10 percent.

Estate taxes paid by taxpayers are a boon to states collecting them by bringing in funds to the state’s coffers. Yet most states have either increased their exemption levels or moved away from collecting estate or inheritance taxes, mainly because that estate taxes without a federal exemption impede the competitiveness of that state. For example, in early 2018, Delaware rescinded its estate tax while New Jersey completely phased out its estate tax and now focuses on the inheritance tax instead. Connecticut is currently phasing in an increase in estate exemption so it will match the federal exemption amount of 12 percent by 2023.

Iowans can look forward to phasing out the inheritance tax by lowering the rates by an extra 20 percent every year until 2025. By then the inheritance tax will be completely eliminated. Residents of Vermont have completed phasing in an exemption increase in 2021, while the District of Columbia residents found their estate tax exemption lowered to $4.3 million in 2022.

Estate and inheritance taxes are often a burden to those on the receiving end of them. In many cases, people with a high net worth may choose to move to a state with better tax rates, not to mention that these higher tax rate states also risk losing business investments. And then there are others who turn to estate planning and tax avoidance strategies that aren’t great for taxpayers or the economy in general. In the end, it might prove best if those states worked on getting rid of those taxes or even just implementing federal exemption rates to be competitive with other states.

Whether you need help with estate planning, an irrevocable trust, a living trust or tax strategies for navigating the Nevada tax code, Corporate Capital can easily be your one-stop-shop for creating corporations and LLCs spanning the USA! Please call us at 855-371-0070 in Las Vegas, NV today to learn more!